Diabetes - Home From the Hospital 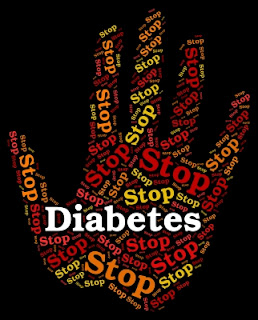 I debated on posting this for a long time. I decided to bite the bullet because people need to know the diagnosis is just the beginning and it isn't as easy as taking a shot, or in my case taking a pill. Families are complex and this disease affects everyone.

I came home on the 24th of August and I am writing this exactly 3 months later. A lot has happened. During that time my memory was still very, very bad. I even had problems remembering how to get around a town that I pretty much grew up in neither it nor my eyesight returned quickly. I don't remember when I got all of my peripheral vision back (all of it was gone when I went in) but I do remember being scared it wasn't going to. On top of my own fears, I was facing adult children who had held it together and minor children who had felt helpless. All of them were scared and were very worried. Emotions were high now that the crisis had passed. Dealing with the effects wasn't going to be easy.

David, Dustin, and my heart baby Colton were pivotal while I was in the hospital. When I came home it was evident how much I had relied on them and was continuing to rely on them. Dustin, did his best to keep David's and Colton's moral high and helped stock us up on the new diet restrictions I was/am facing. He and my mother were a huge help in keeping Colton and David sane. David and Colton raised the kids for me and now that I was home no one was sure what to expect. Those first few days were really tense. I'm used to being the mom, but my mind was still so foggy and, I was still easily dizzy and very emotional. I had to have help walking for any kind of distance because of it. I felt a complete failure as a parent because I had to rely on Colton and David for almost everything. I couldn't even remember how to get to the grocery store up the road when I first got out. This, understandably, made the boys anxious because they didn't know how long it would last. As I got better they were able, little by little, to relax. They were emotional. I was emotional. It came to a head at times and we would argue. Add meltdowns from Darian and outbursts from CJ due to their own emotions and uncertainty and it added to the stress. All of us were trying so hard to keep the negative emotions from the kids. Maybe that was a mistake. looking back we probably should have addressed them more openly and encouraged the little ones to talk more about their fears. There were tears, slammed doors, and feelings hurt on all sides. It wasn't pretty for a while, and fear kept all of us quiet to a degree. The misguided if we don't speak it then it isn't happening mindset. Finally, once the air was cleared and the older boys especially shared their emotions, David in particular, things began running more smoothly. I, however, had to face the fact,square on, that these boys,with only a little help (thanks mom for keeping an eye on them), kept it together and ran the house while I was gone and if my memory and sight didn't improve I would be depending on them for a lot longer in ways I wasn't willing to admit to myself much less to them. They, in turn, weren't ready to take on that much at so young an age and it scared them. To their credit they faced it, yeah there were some loud and heated moments, but they embraced the fact that it may very well be our new life It took a LOT of courage and patience to talk about the "what ifs" in case I didn't get better. It was a full month before I felt comfortable enough to drive about 2 miles down the road to the library. I'll never forget the tension in David's face when I adamant that I could. Even then I didn't drive alone for about a month and a half.  They wanted to make sure I wouldn't get lost or have a diabetic episode. We are all good now, but it took a long time and a lot of work. Colton has since moved back to PA and is doing well, but I'll never be able to thank him enough for the help he gave us while he was staying with us.

The younger kids had so much to work through, all while the adults around them were obviously did too. All those feelings of relief, anger, vulnerability, and fear were unleashed in waves. Nights were hardest for CJ, she tended to want more attention and needed quite a bit of comforting. Lots of 'just because hugs' were happening. While I was in the hospital she started using a nightlight for the first time, even now she still prefers it. Darian, once I got home, just withdrew into himself and was stemming more violently (the harder/harsher his movements are the more intense the emotion, good or bad). He didn't want me hugging or touching him really at all, but when he did he didn't let go. I think he had the hardest time expressing himself because he already struggles so much with emotions anyway. It wasn't until he had a huge meltdown that ended up with us all exhausted that he said he was mad at me for getting sick but he didn't tell me because he didn't want to hurt my feelings. He buried his head in the blanket and he cried as we all gathered around him on the couch. Before that breakthrough, he had relapsed a little with some of his behaviors and had a tendency to run out of the house when he got upset. Poor CJ didn't know what to do. She was angry and scared too and in her, it came out clingy and tears at night but silence and talking back during the day. She was starting to lash out by picking fights with Darian, her best friend, who, admittedly was doing the same to her. I could hear the frustration, fear, and anger when she stomped and cried. She was expressing what we all felt. When things looked like they might get physical we redirected their energy to running races (laps) or wrestling with the older boys, something, anything to get out that nervous energy. In turn that helped clear their minds. Eventually, they would be able to talk about what was bothering them, once the fear of my dying or having to go back passed. We had a lot of outdoor time in the park, especially so they could just get out and go. That took a good month, maybe more. It wasn't easy, but through it all we kept hugging, being there, listening, talking, letting them know they aren't alone, that the bad feelings wouldn't be there forever.

So here we are. I wish I could say things are perfect. That would be a lie though. I still have diabetes and it still sucks. We have worked through the crisis aspect though and are stronger for it. We are all more educated about diabetes and even the little ones know about sugar highs and sugar lows and what to do if something happens. The kids have seen family and friends reach out both online and in person to help us get through the initial learning curve. They know they aren't as alone as they thought. We are stronger and closer than we ever have been. Darian is capable of expressing his feelings better than ever and that has boosted his confidence. He has started wanting to do more in his CCD classes and is starting to participate more in outside activities with the youth. CJ has learned that it's okay to stand up for herself. (She never had an issue standing up for others, just herself.)  She is tougher than she used to be. David, well he has settled down some and has a new perspective on what's important in life. He works hard and I am quite proud of him. He's grown up a lot. Colton, for the last month or so that he was here, grew up quite a bit too. I won't get into his business too much, but I will say that I am proud of what he's been able to do. Dustin is making it a point to spend more time with his siblings and I. I am so very grateful for that and my heart swells when he spends time with the littles especially. As for myself, there are still days I feel like a failure as a mom, allowing myself to get so heavy and developing diabetes. Mom guilt sucks, but I've learned how to better get past those spells and to move forward. I've taken much more control of what I put into my body even if I haven't quite gotten to the point of exercising regularly again. Right now I'm in the resentment phase of diabetes. I hate this disease and no matter what anyone says about genetics or points out how many skinny people have type 2 I still feel I did it to myself. I also know that's part of it and that feelings are fickle. Diabetes won't ever go away, even if I pull off not needing medication and being diet controlled I will always have diabetes. I'm struggling to make peace with that fact and progress has been made in that aspect, but it still sucks. It will always suck. lol Sometimes I wanna scream, 'THIS F'N SUCKS!', but when it gets to that point I usually laugh instead, because there isn't a damn thing I can do about it now except take care of myself..............and the irony in that gets me every.single.time.